When to generate a Secondary Claim

To generate a secondary claim the following conditions should satisfy 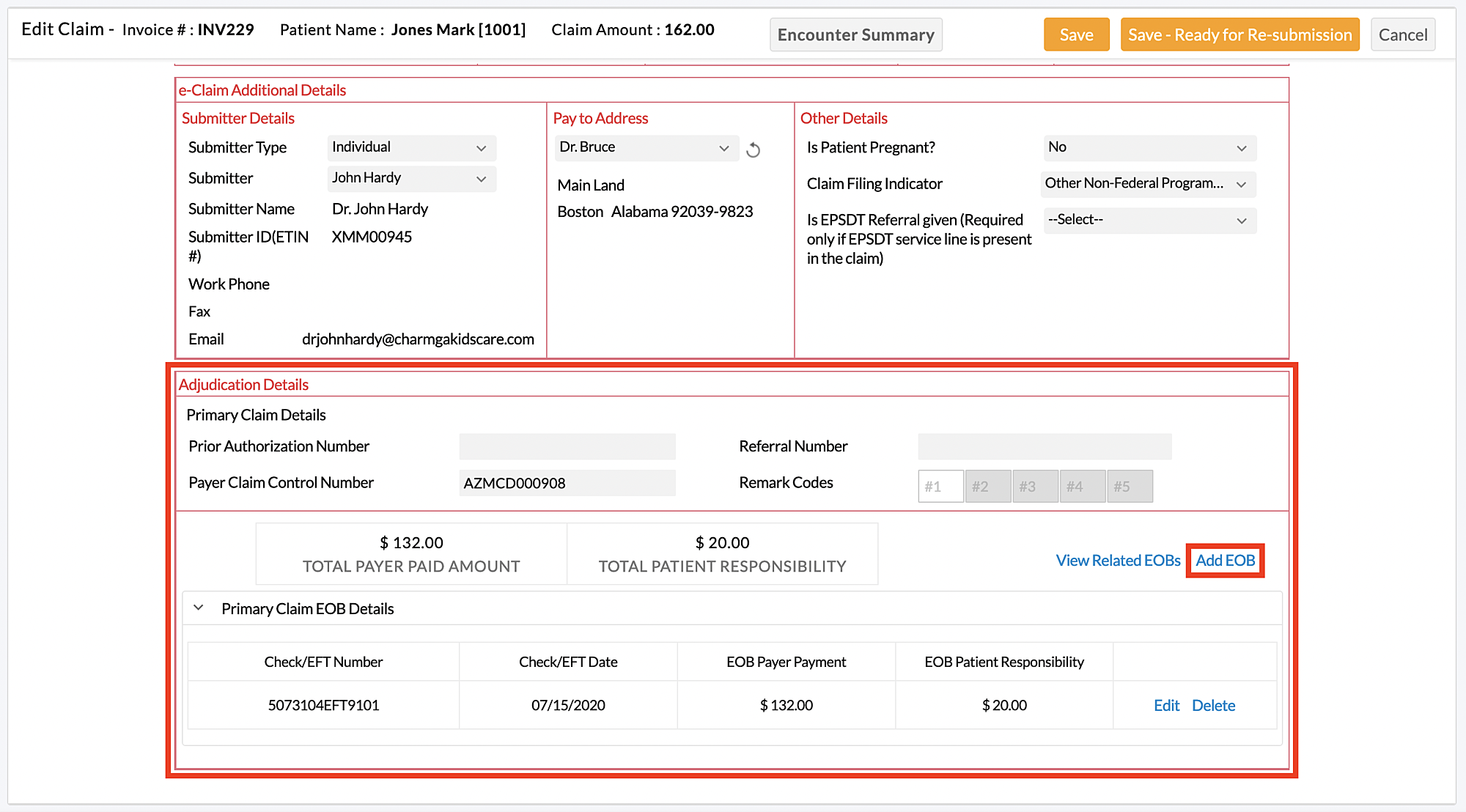 Refer the sample EOB shown below. It has two CPTs with a payment $4.30 for CPT 87880 and no payment for another CPT 99211. Next section details how this EOB has to be added to the claim. 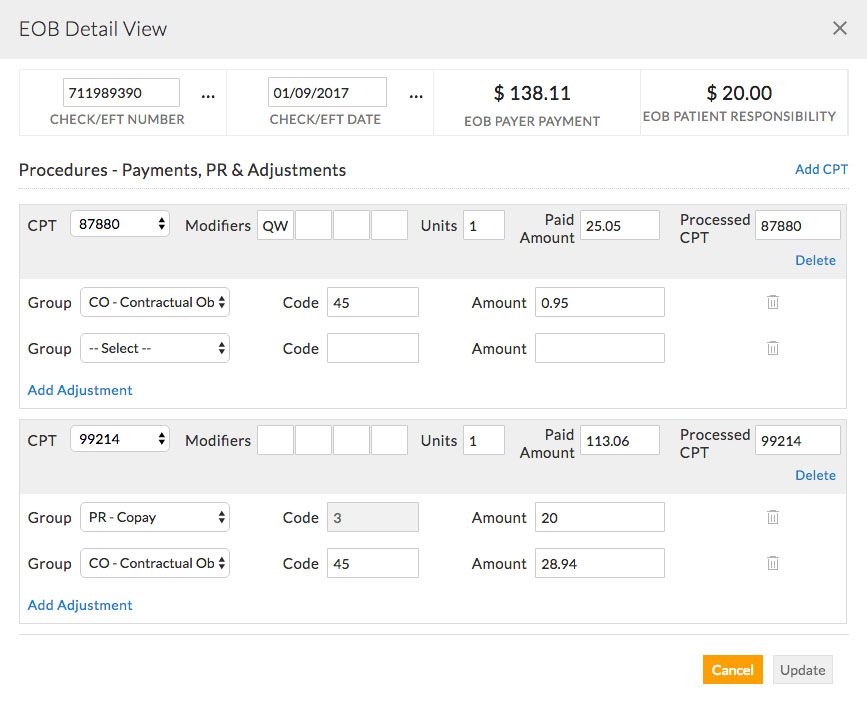 EOB information added will be shown in a line item. Refer the below screenshot 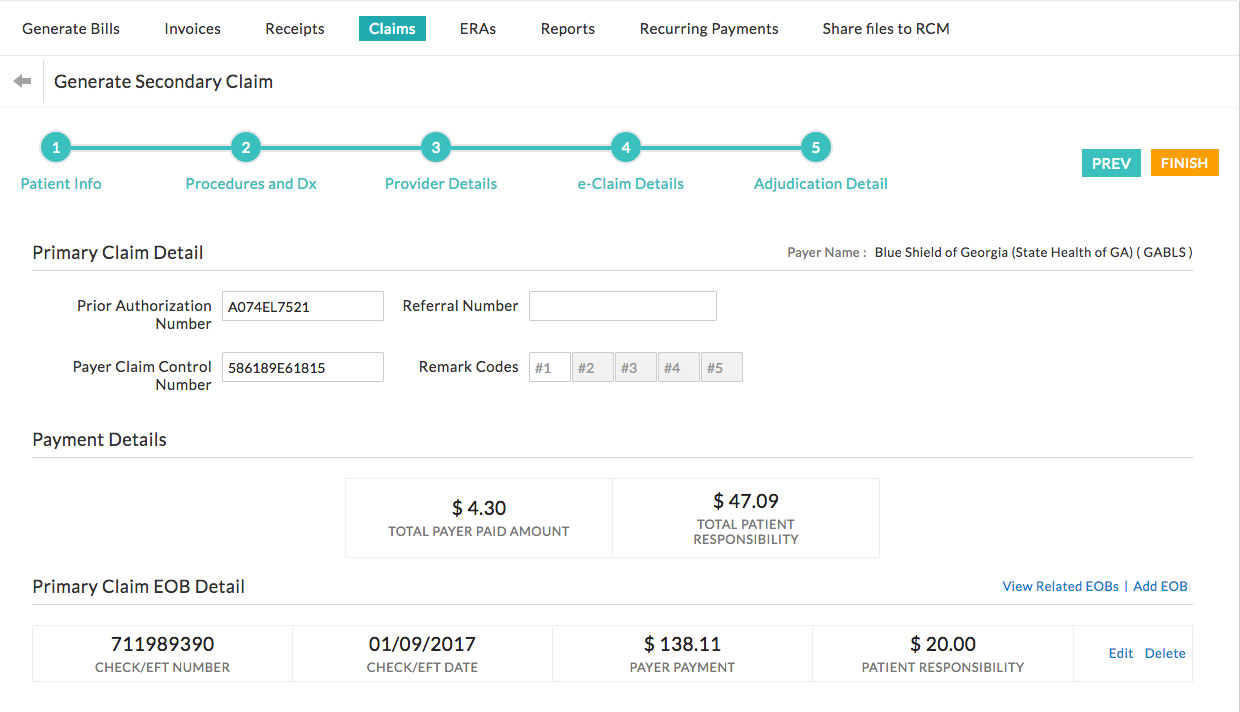 Note: Secondary claims are not listed in the claim reports shown under 'Billing > Reports'.